The world’s first ever laser distance meter with a touchscreen, the Leica DISTO™ D810 Touch is here. This all new Disto features an improved, intuitive and faster operation with the revolutionary feature ‘measure with a picture’ which determines distances using its built in hi resolution camera. The camera also allows for pictures to be taken and transferred to a computer easily using a USB system. The ‘Leica DISTO™ sketch’ app, which is available to download for free, improves and completes functionality.

Leica Disto Sketch is the ideal interface between a DISTO and smart phone or tablet. They allow sketches or photographs to be created and dimensioned quickly, or the transfer of measurements into a chart. The data can be sent to the office by e-mail. This simplifies and speeds up your workflow.

New feature – Measure with a picture

Determine the height, width, area or the diameter of an item using this outstanding new feature. With just a single right angle measurement of an object is all that is needed. Using two arrows the required dimension is marked on the image displayed and the measured result is then shown on screen. 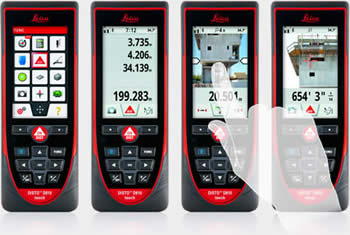 The new and extremely responsive touchscreen is easy to use and makes for very intuitive operation. All features are quickly and easily accessed using standard gestures including swipe and zoom using fingers. The new touchscreen also allows for measurements to be taken directly. 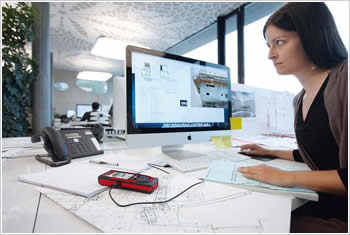 The in-built camera on the Leica Disto D810 touch is able to take screenshots and pictures which can then be transferred to a computer using the USB device to document project work with just one click of a button. The feature can be used to make sure that measured points are not unintentionally lost. 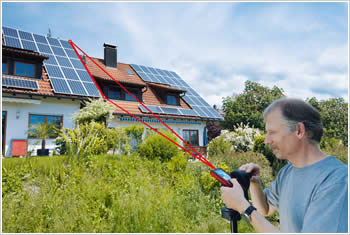 Included with the Leica Disto D810 touch is the uniquely designed tilt sensor which makes sure that the results provided are extremely accurate. Many different indirect measuring services when the Disto D810 touch is used with a Leica TRI100 tripod with fine drive.

The free Leica DISTO™ app sketch facilitates the creation of tables or ground plans using an iPhone, iPad or iPad mini. Dimensions can be added to photographs to produce great visuals with no effort at all.

There are no reviews yet.

This site uses Akismet to reduce spam. Learn how your comment data is processed.